Sectional density affects every area of a bullet’s performance, but too few people know about it.

Granted, you can be a great shot, proficient hunter, or effective soldier without knowing.  But since it’s so important, I think it’s better to know.

Sectional Density simply tells you how concentrated a bullet’s weight is compared to it’s diameter.

Sectional Density is how “long and thin” versus “short and fat” a bullet is.

Which one is better?

The above bullets are in scale, and almost the same weight (top is 123gr, bottom is 125) But the bottom bullet is slightly larger in diameter, (it’s hard to tell, but true)

It should make perfect sense that the top bullet is more aerodynamic that the bottom bullet.

Yeah, I’d rather use the calculator too.

Here are some values for common bullet diameter and weights so you can get a feel for Sectional Density.

Note that heavier bullets have a higher Sectional Density.

Something most people don’t know:  Sectional Density is one of ONLY two factors that determine how aerodynamic a bullet is.

The other one is the shape of the bullet.

Example: Look at this picture again: (and remember, they weigh almost the same, but the Bottom bullet is wider so they have radically different Sectional Densities)

Which one is better? 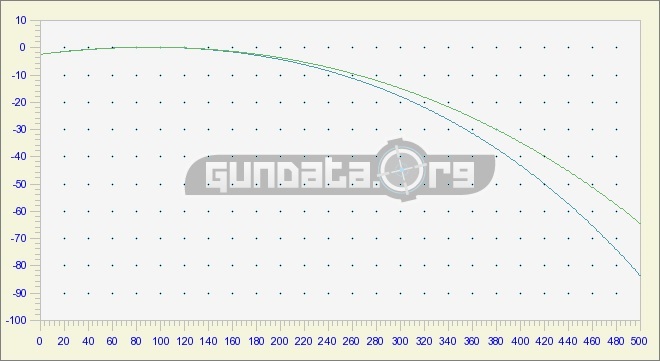 And you get all these advantages without increasing recoil!

Are you starting to see how important Sectional density is?

And that’s only HALF the story!

Did you ever hear the advice to use heavier bullets for heavier/bigger game?

You need those longer and heavier – almost needle like – bullets to get through hair, hide and bone to reach the vital area.

(NOTE: How the bullet is constructed matters more than Sectional Density for performance on targets.  Example: the VERY effective light weight, all-copper bullets made by Barnes are famous for deep penetration even with low sectional densities because of how they are made. However, their low sectional densities mean they shed velocity more quickly.)

There’s a HUGE misconception in the shooting world that increasing a Bullet’s Diameter makes it more lethal.

Bullets that heavy produce MASSIVE recoil to reach the velocities a 6.5 can reach with very mild recoil…

And there’s no difference in effectiveness IF you have good shot placement.

African Game might need a very heavy bullet of a slightly larger caliber to punch through the huge animals on the African plains.  But 7mm is all you need in North America, an 6.5mm will do almost every thing a 7mm will do with less recoil.

Low Sectional Densities are why I dislike bullets of .30 caliber and larger.  They require bullets that are much heavier to reach the sectional densities of even modest 6mm, 6.5mm or 7mm bullets.

Heavy bullets need higher recoil to match speed or slower bullets to match recoil.  Either way, you’re giving something up to narrower, higher sectional density bullets….  Which are just as lethal with good shot placement.

But as the ranges get longer, higher sectional density bullets buck the wind better and retain speed better.  Bucking the wind better means more accuracy. And accuracy (plus good bullet selection) is every thing. 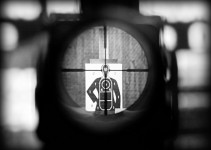 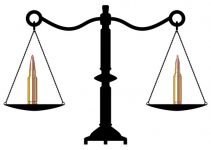